It’s safe to say WhatsApp didn’t have the ideal start to 2021. Less than a week into the new year, the Facebook-owned instant messaging app had already annoyed hundreds of thousands of users with its scary worded notification about a planned policy update. The backlash grew fast and millions of people, including several high-profile figures, started to explore rival apps Signal and Telegram.

Even governments, including India’s — WhatsApp’s biggest market by users — expressed concerns. (In the case of India, also an antitrust probe.) The backlash prompted WhatsApp to offer a series of clarifications and assurances to users, and it also postponed the deadline for enforcing the planned update by three months. Now with the May 15 deadline just a week away, we are able to quantify the real-world impact the aforementioned backlash had on WhatsApp’s user base: Nada.

Clarification on May 15 deadline 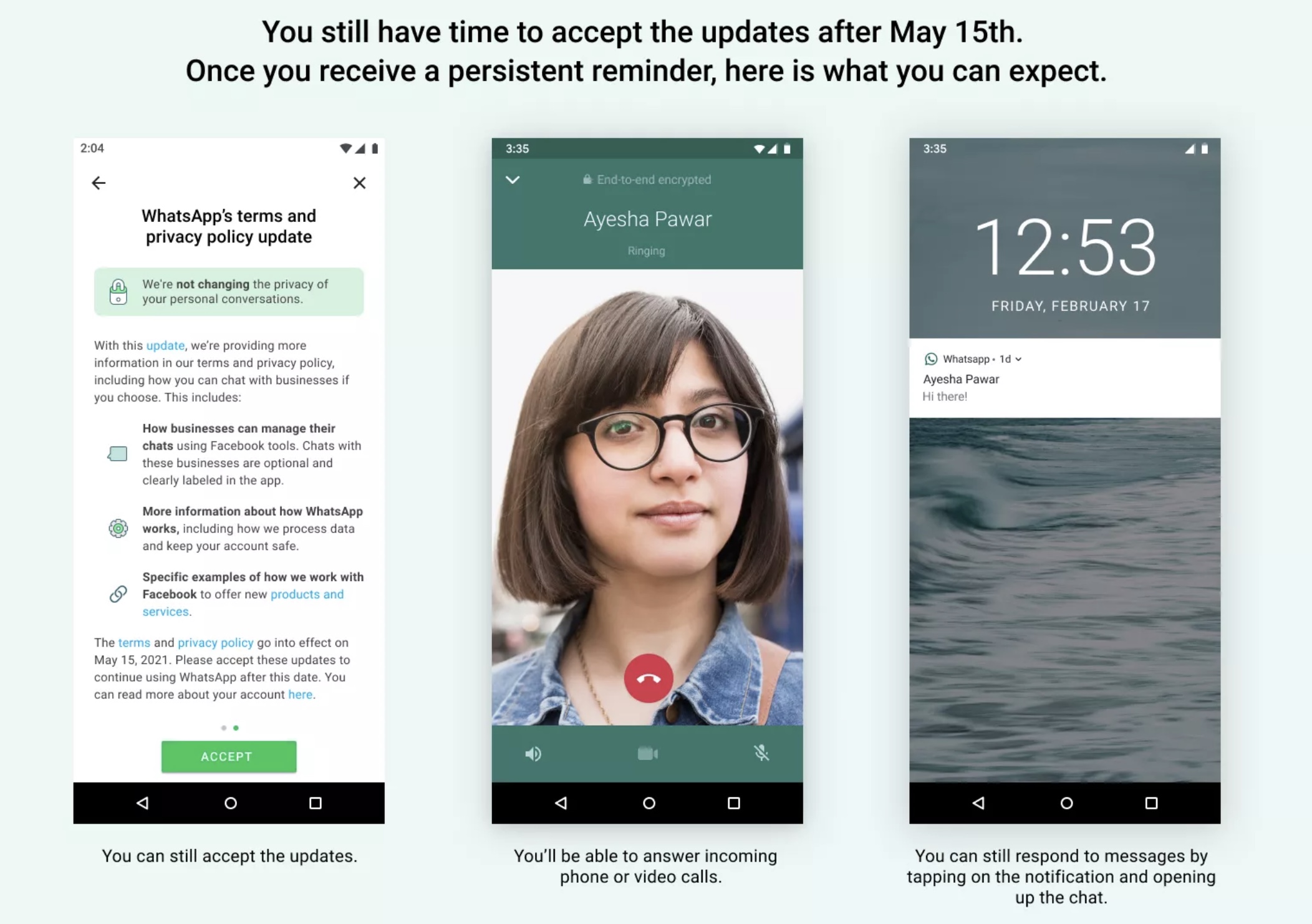 Users who don’t agree to the new terms won’t lose access to their accounts or any feature on May 15, WhatsApp said. But after an unspecified number of weeks, such users will begin to lose several core functionalities. (At one time earlier this year, the wording on the FAQ page from WhatsApp had suggested that users will lose functionalities immediately after May 15, though it had clarified later that such restriction would go into effect after an unspecified number of weeks.)

WhatsApp has also clarified that there is no specific date when such users will start to lose — or otherwise face restrictions with accessing — any functionalities. It said the restriction will “not happen to all users at the same time.”

“We’ll continue to provide reminders to those users within WhatsApp in the weeks to come,” the spokesperson added.

The new terms allow Facebook and WhatsApp to share payment and transaction data as the social juggernaut broadens its e-commerce offerings and looks to merge its messaging platforms.

This story was updated with additional context.