Twitter Blue, a $3 monthly subscription service, could be coming soon

Great news for typo-prone tweeters: Twitter Blue, a $2.99 monthly subscription, appears to be coming soon to a Timeline near you.

Two weeks ago, researcher Jane Manchun Wong first reported that Twitter’s new subscription service is in the works. But yesterday, Twitter’s iOS App Store listing updated to list Twitter Blue as an in-app purchase, confirming earlier findings from this unofficial source. Though users can’t yet subscribe to Twitter Blue – even after downloading the app update – Wong dug up details about the service, signaling that its launch could be imminent. 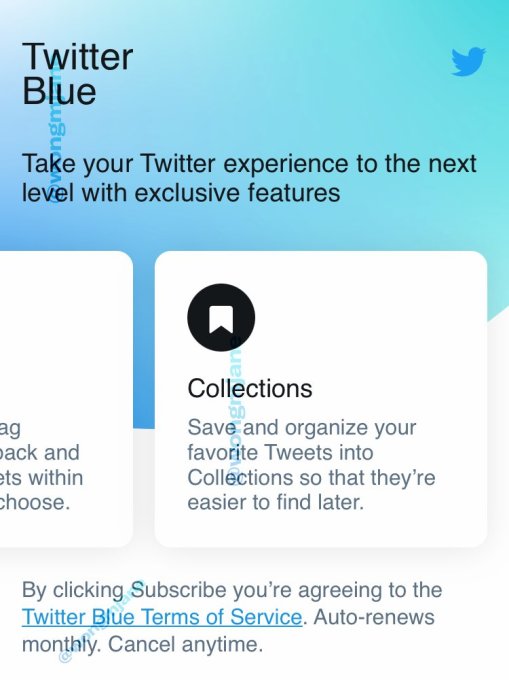 In addition to the undo button, which Wong uncovered as early as March, this service will include a reader mode, which turns tweet threads into “easy-to-read text.” Twitter acquired Scroll and Revue this year in an effort to improve users’ reading experience on the app, so this addition makes sense. Plus, users will be able to change the color of the Twitter app icon, as well as the color theme of their Timeline, a feature that’s already available on the web. Twitter Blue subscribers can also organize tweets into Collections – this feature looks like an updated version of Bookmarks, but with the added ability to organize tweets into folders.

Currently, Twitter ads make up 85% of the company’s revenue. Twitter told Bloomberg in February that it plans to “research and experiment” with new ways to monetize the platform, especially as its user growth has slowed. But over the last several months, Twitter has teased some of the platform’s biggest changes since doubling the 140-character tweet limit in 2018. These features include Super Follows, Tip Jar, Twitter Spaces, and more. 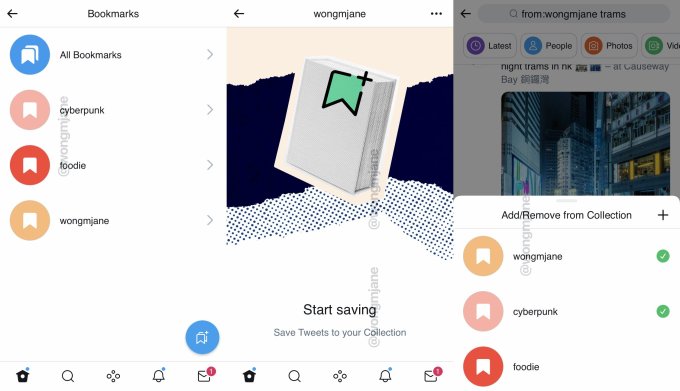 This week at J.P. Morgan’s Global Technology, Media, and Communications conference, Twitter CFO Ned Segal indicated that the company views Twitter Blue and Super Follows as two separate types of subscriptions. On Google Play, the Twitter app page lists an in-app product priced at $4.99 per item, which might indicate the upcoming launch of Super Follows, too. Segal also said that Twitter would offer more information about the service in the coming months, then “ultimately roll it out to people around the world.”

Finally, for those of us wondering – no, there’s no indication of plans for an “edit tweet” button at this time.